Microwaves are becoming a very common home appliance in Kenyan homes. They can also be found in our work places and in food shops thanks to the convenience they provide with regards to reheating foods.

But like most things that aren’t well understood, the microwave has come under fire of late with all fingers pointing to its safety; and by safety we mean, food safety. There’s a lot of talk out there regarding this subject that is spreading like wild fire thanks to the virality of this subject on social media platforms.

More than ever, misinformation with regards to health risks is abused, and it’s not surprising because we are living in age that’s plagued with life threatening chronic diseases, and at the pinnacle of this hysteria is none other than Cancer.

As a result cancer usually takes the blame for a lot of things, some of it true, some of it still inconclusive and some of it is just plain misleading. The microwave has fallen victim to this phenomena with the phone test post that has been shared widely on social networks.

To debunk this claim it’s necessary to first understand how the Microwave works.

So to start, you should know that a Microwave is actually a Microwave Oven. Microwave is just what forms the basis of how it works because at the end of the day, it’s a kitchen appliance, an oven if you will.

You can use it not only to reheat food but also cook food that you typically cook on your stove or oven.

How does a Microwave Oven work?

The thing that defines this particular oven is the “microwave”, a word that should be familiar to those of us that took Physics in high school or college. The microwave is a form of electromagnetic radiation that is part of the larger Electromagnetic (EM) Radiation spectrum.

Think of EM Radiation as energy that is radiated in the form of waves. The other forms in the spectrum which you use or experience every day include the likes of visible light, x-rays, infrared, radio waves and ultraviolet light (UV). Just like your microwave oven, your TV, Radio, Smartphone and other gadgets you use are all dependent on one or more of this to work.

However, the thing that distinguishes them from each other is the length of their waves i.e. the wavelength. The shorter the wavelength, the higher the energy that is contained in the radiation.

Regarding microwaves, they can be transmitted, reflected or absorbed depending on the object they come into contact with. In food, this object is water and all foods contain some water content no matter how dry they look.

In the oven, the microwaves are absorbed by water molecules making them vibrate. It’s from this vibration that heat is produced causing the food to cook or be reheated.

How safe are Microwave Ovens?

Microwave ovens are designed with safety mechanisms that prevent leakage of microwaves. For instance you might have noticed by now that whenever you open the door while it’s running, the oven automatically stops.

This prevent the microwaves from escaping outside. However contrary to popular belief, microwaves are not radioactive and they can’t make the food, oven or anything else radioactive.

Ionizing radiation is what is radioactive and can cause burns, radiation sickness, cancer and genetic damage on exposure1.

However this does not mean microwaves are completely safe as they can cause damage by heating e.g. burns. Exposure to high levels of microwave radiation is also known to cause cataracts.2. This is however preventable with proper use a coupled with the safety mechanisms incorporated in the oven itself.

Can a Microwave cause cancer?

Currently there’s no conclusive evidence that suggests microwave exposure causes or promotes cancer.2 This is because as we’ve mentioned, microwaves are not ionising radiation.

Long term studies carried out on rodents have up to this point failed to establish any carcinogenicity from consumer microwave ovens (2.45 GHz Frequency) even at chronic exposure levels that are far much higher than what humans are likely to be exposed to from leaking ovens.3, 4

Does using a Microwave pose other health risks?

Like other kitchen appliances, the Microwave oven poses some health risks if it’s not used in the recommended way. Some safety precautions you need to take when using the Microwave include:

You can find more precautions on the manual that your Microwave came with.

How accurate is the Microwave Phone Test?

There was a post widely shared on social networks a few years ago, probably still in circulation, that claimed that one could test if their microwave oven was leaking radiation by putting a phone inside the oven then calling it.

If the phone went through it was claimed that the oven could leak radiation and if it didn’t then it was safe. This is a perfect example of the misinformation we were talking about as this is an unreliable test. Here’s why.

The inside of a microwave is essentially a Faraday Cage enclosure that prevents leakage of microwaves. You might have noticed that the inside of the oven door has a layer of mesh in it.

This is a conductive mesh and it has holes that are much smaller than the wavelength of the microwaves used in the oven (12.2 cm at 2.45 GHz Frequency) thereby preventing the microwave radiation from leaking. The much shorter wavelength of visible light however can pass through this mesh and this makes it possible for us to view the inside of the oven when in operation.

Mobile phones however operate at varying frequency ranges of 800MHz, 900MHz or 1800MHz. These frequencies are much lower than the 2.4GHZ (2400MHz) that the microwaves operates at and which the microwave is designed to shield.

Due to this, a phone call will go through as the transmission is not blocked by this shield.5 That doesn’t mean that the oven can leak microwaves but merely indicates that the oven wasn’t designed to block waves operating at the frequency of mobile phones.

Now you can imagine how much panic this caused, especially coupled with the accompanying cancer claim. The best thing to do if you suspect that your Microwave is damaged and could be leaking microwaves is to take it to your service centre to be tested and/or repaired. There are some reliable home tests that one could try but doing this is not the best practice.

Tags:Microwave
nextThe 7 Minute Workout: Exercise for those Short on Time 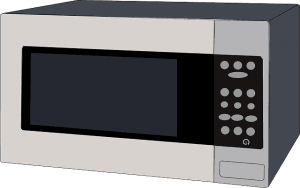 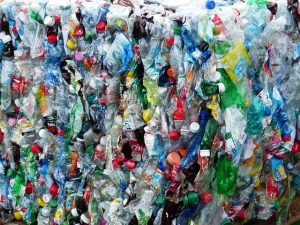 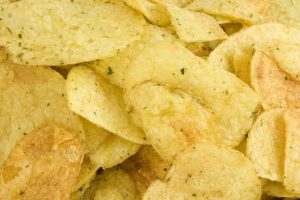 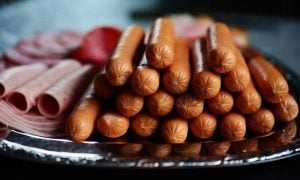