Aflatoxin: A Preventable Threat in Our Foods

Aflatoxin is probably not a new word to you if you live in this country. In different periods, we have seen and heard about people suffering and even succumbing to its fatal effects. Back in 2004 country experienced an outbreak of aflatoxin which left 317 people affected and 125 others dead due to consumption of contaminated maize.

In developed countries, acute infections of aflatoxin are very rare due to the mechanisms put in place to control contamination. However in developing countries, especially in sub Saharan Africa, outbreaks of aflatoxin continue to be experienced and this could be attributed to maize and nuts which are common foods in this region.

Moreover, the climate in this part of the world favours the growth of the mould that produces aflatoxin in food stuffs that are stored poorly and even those in the field.

According to the Food Agriculture Organization (FAO) an estimated 25% of food crops in the world are affected with aflatoxin. On the other hand, the Centre for Disease Control (CDC) estimates that 45 million people in developing countries are exposed to aflatoxin.

Out of these, children under five years are the most affected with their immunities being compromised and causing stunted growth.

Aflatoxin as the latter part of its name suggests is a toxic substance. It’s produced by certain moulds which grow in food. Aflatoxin is very poisonous and as a matter of fact is a known human carcinogen.

When somebody consumes food or any other substance that is contaminated with aflatoxin it causes a disease called aflatoxicosis.

How does Aflatoxin find itself in our Food?

For the aflatoxin to be produced, favourable conditions are needed for the mould to grow. This moulds can grow on the food while it’s still in the field or while in storage.

Temperature changes especially those experienced during a drought increase the susceptibility for contamination. Other favourable conditions include:

What are the Health Implications of Aflatoxin?

Aflatoxin can cause both acute and chronic toxicity and even death in persons or animals that have consumed the contaminated food. The main organ that is affected first is the liver although other organs such as the kidney, lungs and brain can be affected if the aflatoxin levels are high in the body.

Acute toxicity occurs over a short period of time and can cause death much quickly if not controlled. On the other hand, chronic toxicity occurs when the intake of the aflatoxin in the body is much low. This causes long term complications in human health.

It’s not well known the specific level of aflatoxin in the food that cannot cause chronic toxicity and so the best way to bring it under control is to make sure that any food suspected to be contaminated is properly disposed.

Which Foods are commonly affected by Aflatoxin Contamination?

Aflatoxin can find itself in a wide range of foods. The most commonly affected foods include cereals, tree nuts and spices. Of this, maize and groundnuts are known to have a high risk of contamination by aflatoxin.

Other commonly affected foods include:

In addition to this, aflatoxin can be also be found in milk and its products if they came from animals that have been fed with feed that was contaminated with aflatoxin. This also true for meat and eggs.

In humans, infants may also be exposed to aflatoxin from breast milk.

How to keep our Foods free of Aflatoxin?

The main measure to control aflatoxin contamination is by controlling the food while it’s still in the field or during storage. Affected foods should always be disposed properly to prevent them from being consumed by consumers and even animals.

Other ways that we can minimize aflatoxin in food is through:

Crops like maize can be dried immediately after harvest to reduce growth of the moulds. The moisture content level of maize should be about 14% and that for groundnuts should be about 7%.

The storage space should be in a cool dry place to prevent conditions that favour growth of moulds and pest attacks. 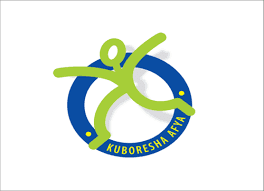 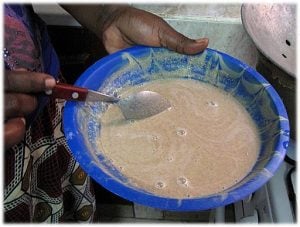 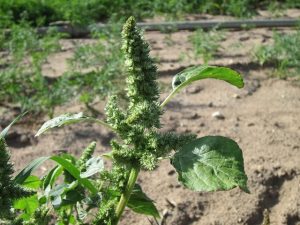